Best beaches of Greece (and its islands)

Greece has slowly been reclaiming its status of one of the most popular European tourist destinations after the financial crisis of 2007. Yacht charters in Greece have also been returning to business - after all, there Greece has always been though about as a country with some of the most beautiful sights in Europe. Just think of all that ancient architecture you will be able to see from water - that alone should be enough to book your boat in Greece right now. But today we want to tell you about five of the best beaches (in our humble opinion, of course) in Greece and its islands. Each of them is definitely worth visiting or at least having a look at - from a board of your luxury yacht of course.

Navagio is one of the (if not THE most) photographed beaches in the world - all thanks to the rusty remains of an old boat, restlessly burning under the sun rays every day. Accessible only by boat, this a great place if you are trying to escape the usual beach crowds - although, and make no mistake, this place is no secret, and may get full from time to time. We highly recommend you to bring your own towels or even sunbeds, as this place is a true example of a wild beach.

Have you seen Mamma Mia (the movie, not the stage musical)? Did you like it? If your answers are “Yes” and Yes!”, then you are in luck - this is the very island that movie was shot at, so you have a chance to visit a true piece of a Hollywood history. We suggest you stop by one of the nearby coves or sea caves, and get to the nearest beach from there - it might be difficult for some vessels to get close to the shore. One of the most picturesque places here is a Kastro beach, where you will be able to find the ruins of Kastro - a 14th century fortified outpost.

Another place accessible only by boat - rent a yacht in Greece right now, and you won’t have to think about it later. Surrounded by a lot of smaller sandy beaches, this gem is a true landmark of Corfu. Drop an anchor nearby, and completely dissolve yourself in the crystal clear waters, while enjoying a remarkable view of Theotokas - a 12th century old monastery.

Red, black and white beaches of Santorini became almost legendary at this point of time - that’s the reason the famous Red Beach gets crowded every season. Another famous spots in the area are Perissa and Perivolos - these two places are full of black sand, and look very surreal, but gorgeous nonetheless. Vlychada Beach is the last Santorini beach we’d like to mention - this getaway is surrounded by white cliffs, and is perfect for a family outing. Just don’t forget about tourists.

First things first - before you disembark at this pristine white sand, you should definitely visit Caves of Calypso, located on the western shores of the island. According to the legend, this is the very place where Odysseus was held captive by Calypso. Once you are done here, head straight to the beach - again, accessible only by boat. You would not find a better view on the whole island - the place is surrounded by cliffs with olive forests from three sides. While leaving, swing by the old lighthouse and a Venetian fortress on the eastern side of the island - a perfect finish for your trip to Othoni. 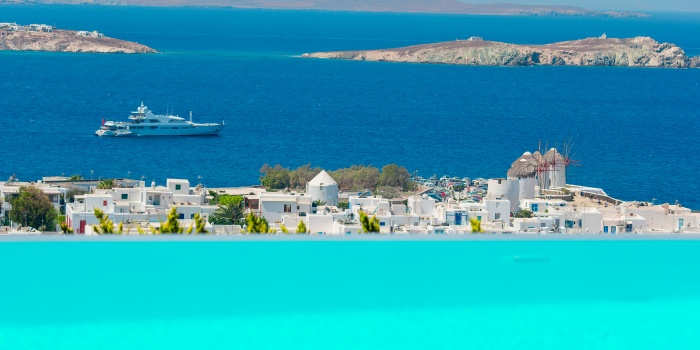 Best islands (and a town) to see in Greece 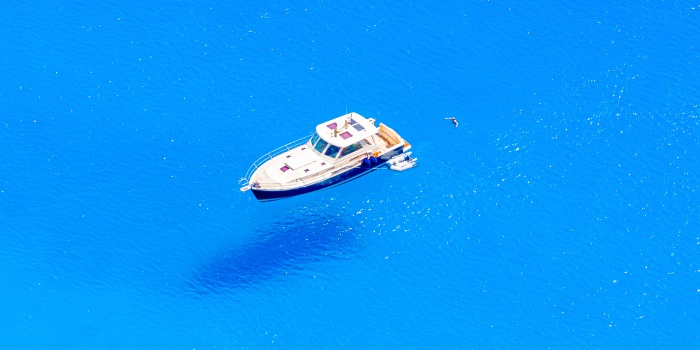 One week on a yacht in Greece: where to go, what to see 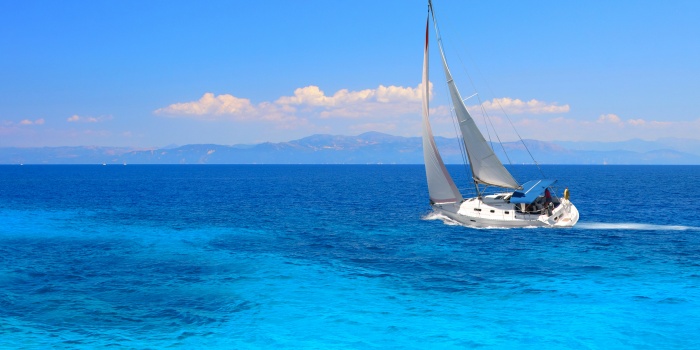