As we have mentioned already a couple of times before in private (and in some of our press releases), CharterClick is about to go live in Oman real soon. This beautiful Arabian destination is practically destined to become the next frontier of our GCC and global expansion, and we are very excited to finally start talking about it. So we decided to create a couple of general articles, that would be useful for pretty much anybody, who would want to rent a yacht in Oman. Today, we will be talking about fishing in Oman, and the best spots you definitely have to check out. So here’s the small advise for all the fishing enthusiasts out there - pay a close attention.

Not surprisingly, we’d like to start our suggestions from Oman’s capital - a beautiful Muscat. This is by far the most popular destination for both sightseers and fishermen in the whole country. Most of the fishing trips would usually start form Marina Bander Al Rowdah, although some tiny boats may start from other marinas in town. When it comes to fishing in Muscat, you can be pretty sure that no matter when you are coming here for a fishing trip, you will (most probably) end up with at least a decent catch. Sailfish, for example, can be caught in the local waters during the whole year, so there’s really no such thing as a season here. Although, it needs to be mentioned, that if you are aiming at something else, there are certain months of the year when the chance of catching, let’s say, Yellowfin Tuna, would be more preferable than others. But in general, the “season” lasts 365 days a year (with slight fluctuation here and there), so you can not go wrong - sailfish, dorado, grouper and many other species are here for you to catch.

From Muscat, let’s move closer to the northern border (Oman borders with UAE in the north, and if you are interested in fishing in Dubai or Abu Dhabi, you can easily book your trip with CharterClick), and visit Dibba. This is another great place for fishing, especially for those of you, who consider themselves a sport fishing enthusiasts. The most preferable time to come here for a fishing session would be during the first half of the year, but if you are always looking to maximize the catch, we would suggest to come during February - May period. Besides your usual Grouper, Sailfish and Tuna, giant Trevally, Kingfish and Sherri can also be found in the nearby waters. Just remember - come during the first months of the year, and the perfect catch is guaranteed.

From the northern border to the southern - let’s move to Salalah, one of the best fishing spots in the whole GCC region. Because the whole southern border is practically enveloped by the Arabian Sea , Salalah is also very popular among the local and international sightseers, who come here just to catch an enormously beautiful sunset. As for the types of fish you can expect to find here, it’s pretty much the same as in Muscat. The only (and pretty notable) additions to the list would be Trevally and King Mackerel. Seasonality here is pretty selective though, so read on if you are specifically interested in a certain kind of fish: Trevally - October - April; Yellowfin Tuna - September - March; Sailfish - February - April. However Dorados can be caught here throughout the whole year, so you can be sure not to come back empty-handed.

Our next fishing spot is located not that far from Salalah, so if you have a lot of time on your hands (and baits - always have extra baits, just in case), you can visit both. Hasik is a small island village, that is very famous for some of the biggest fish in the country (if not in the region). We are talking about Giant Trevally and Andeq, or Job Fish. This sea creatures are legendary among the experienced fishermen, and some of them come to Hasik just to try their luck, and have a chance of catching a huge Andeq. The best month to come here are Autumn and Winter month (September - January). Another notable local species are Black Bream and Blue Fish - just don’t expect them to be as huge as Trevally or Job Fish. We would also advise to stay away from local waters during the Summer months (May - August), when sea waters get pretty chaotic in the nearby regions.

If you would decide to go to Muscat from here, you may end up in Quriyat - another small fishing village, that lies right in between Salalah and Muscat. This place would be especially interesting for those, who are looking for a candid and original experience - this is a real and authentic fishing village after all. The seasonality and the type of fish here are exactly the same with Muscat, though if you are looking for something very old school, we would suggest you set your sail here.

Another notable sport fishing destination in our list is Masirah - a small beautiful island along the southern coast of the country, that is perfect for a full day trip. Just imagine - you can start your day with a 2 - 3 hours of a fishing session, then prepare your catch for lunch, and after you are done, rent some scuba diving equipment and spend some time underwater. By the way, this island is also very famous for its turtle population, so if you are patient (and lucky!) enough, you might even catch a glimpse of one or two turtles. Or even the whole family - who knows?

The last, but certainly not least destination in our list is another southern island named Shuwaymiyah. This is one of the best fishing spots for catching a Giant Trevally in the whole world. Yes, you heard that right - the whole world. And even though GT can also be found in Salalah, it’s better if you go straight to Shuwaymiyah if you constantly have Giant Trevally on your mind. We do not recommend going here during summer months (June - August), but once the summer is gone, you are certain to catch Grouper, Dorado, Queenfish and, of course, Giant Trevally in the local waters. 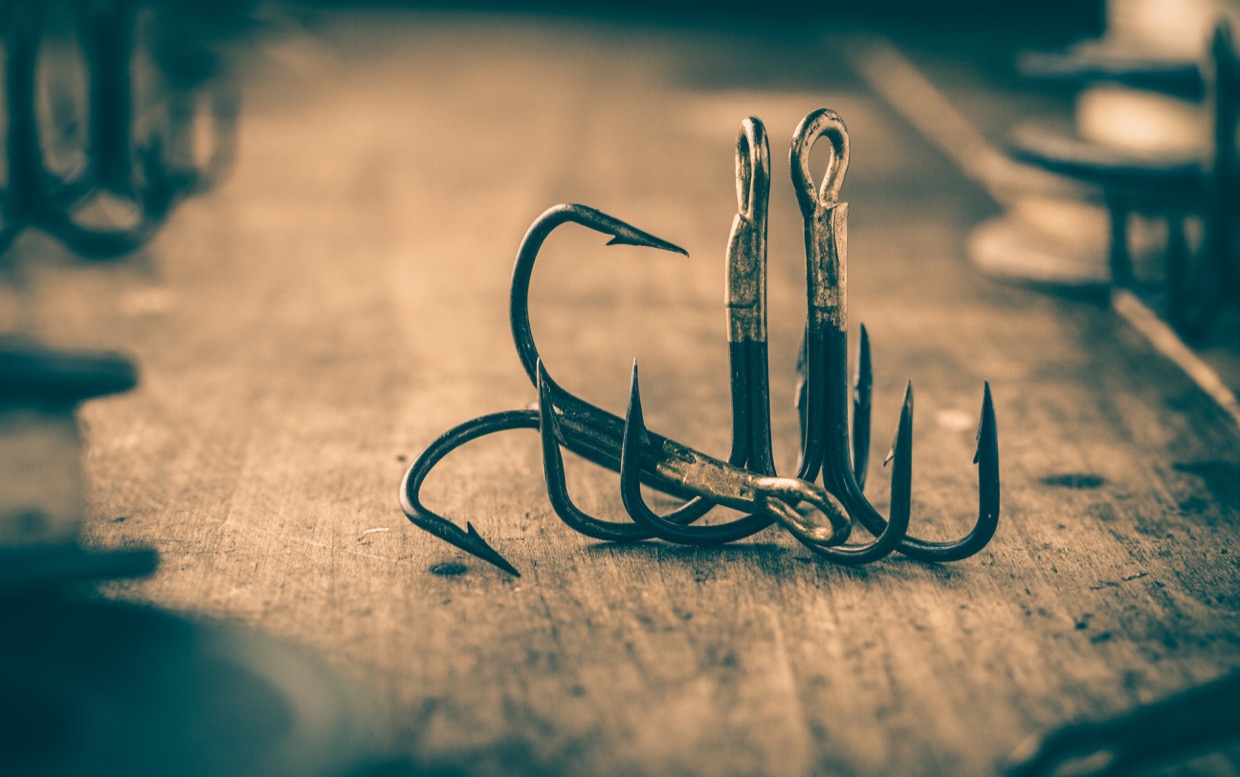 We hope that you will find this list of the fishing spots in Oman pretty useful, and will use it during your next trip to Oman. As usual, you can easily book a fishing trip with CharterClick, and we will get you to the exact fishing spot you tell us to in no time - easy. Besides, now you don’t have to worry whether the boat is available - just enter the date of your trip, duration, starting time and the size of your company, and we will show you available options only, so you are able to instantly book and pay for your trip online. As we said - easy.

Stay tuned for other useful articles about charter trips in Oman in the future. We will not disappoint. 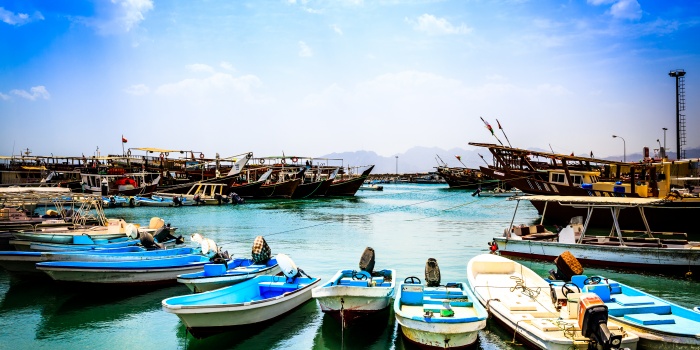 Attractions and sights of Oman 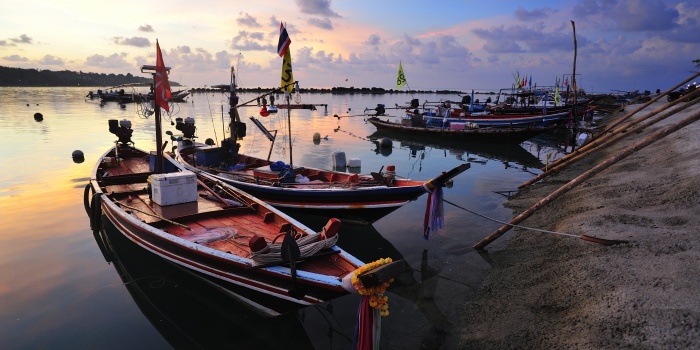 Yacht trips and cruises in Muscat